Everything You’ll Need To Start Your Video Podcast in 2022

Play on Spotify
Play on Apple Podcasts
Watch on Youtube

This is brought to you by Revision Marketing Group

Sidney Jackson 00:00
So today we’ll talk about everything that you need to start a video podcast. Maybe you’ve seen some of the videos that we’ve been pushing out across both entre network and young creatives. And you have questions about, hey, how do I actually get into video podcasting? Well, this is episode for you, we’ll dive right into it.

Team RMG 00:17
Welcome to entre network brought to you by Revision Marketing Group. This podcast is meant to serve as an entrepreneurial knowledge base of wisdom and practical tips and marketing, branding and technology to help grow your business effectively. 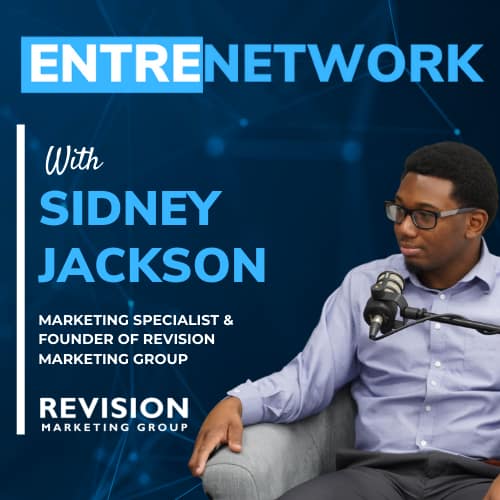 Post Production Editing Tips, Sure To Help Your Podcasting Process with Sarah Haines

Everything You’ll Need To Start Your Video Podcast in 2022

We publish all our podcasts weekly on Fridays!

Join us on the Show

Looking for more Tips on marketing?

Sign up for our newsletter where you’ll get weekly content on marketing, branding, and technology to help your business grow.